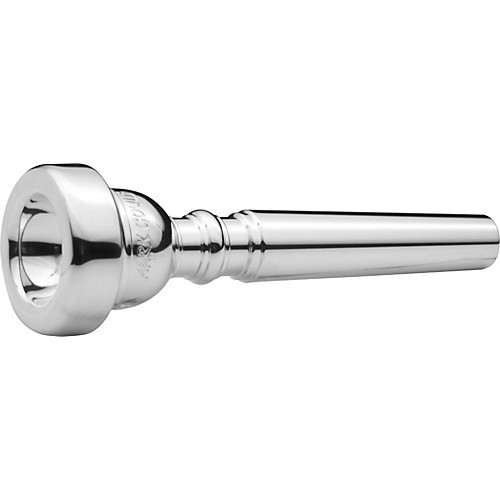 This mouthpiece has been designed for a big orchestral sound with enough projection to fill a concert hall. The wide inner rim size and open throat allow a warm broad sound even at fortissimo.
But unlike other large mouthpieces it isn't limited to just symphonic playing. The high range is remarkably secure, with centered and accurate intonation, and its rim shape and the balanced amount of air resistance make it comfortable to play for improved endurance. Though an orchestral mouthpiece, it is versatile enough for all-around playing. Silver-plated.

Mark Gould has been principal trumpet of the Metropolitan Opera since 1973 and has led a busy life playing with chamber groups, jazz groups, and teaching at Juilliard.

Yamaha's Replica Series mouthpieces come after year
of collaborating with hundreds of the world's best players at their R&D Ateliers. These players were unsatisfied with the commercial models out there and knew the Yamaha technicians would deliver exactly the tone and response they wanted. The demand for these mouthpieces has grown, so Yamaha decided to offer a select lineup. Each Replica Series mouthpiece is produced on a precise,
computer-controlled lathe to guarantee each one is exactly the same as the one used by its namesake.

on all domestic orders

This product hasn't received any reviews yet. Be the first to review this product!